So, I've been thinking for several days about all of the #MeToo Movement involved people and the stories of their lives.  I generally don't spend a lot of time on this because it can get depressing. I know how difficult it is to speak about the most vulnerable situations in life. I also understand that the people who are assaulted are victimized and vilified by both same-sex and opposite sex. Re-victimization is real! The attitudes about this go from compassionate to violent and I believe that there is a story behind each reaction.

In my daily life, I am around people who think that since some assaults were so long ago that the victims should not speak about it. I also spend a lot of time resisting the urge to comment. I don't always comment because there are some people that you cannot enlighten so why frustrate yourself.  I don't agree that people shouldn't speak because I realize had the #MeToo movement not become so extremely prevalent, I would have continued to suppress my experiences as well. Pain has no time limit.

Since my own stories begin at about 7. That earliest encounter is something that I have never really spoken about. Honestly, I suppressed it well into adulthood and I am not sure what happened that brought it back to my memory. To me, there was no point in telling this story. It would devastate a person that I love dearly and I was out of harm's way. I was raped at 13 and everybody in the area knew about it. There was capture, court, and confinement for that person. Then there was an instance at about 17, where a person that I thought I knew well was overly aggressive. Let's not even talk about all of the inappropriate and unsolicited touchings from people who thought that it was okay.

There were some things that I learned.


I was hurt and fearful for many years about the trauma that I have experienced in my life's journey and I still have a LOT of trouble trusting people. Sexual assault is not the only assault that leaves one weak. The emotional toll that this has taken along with the financial abuse and verbal abuse and the occasional physical abuse has been a journey to overcome.

This is the final thought. I am thankful that I have been able to forgive the perpetrators who have tried to shut down my life whether it was on purpose or not. I do still struggle to overcome feelings of inadequacy, anxiety, and depression but I understand that it if the devil couldn't get me one way that he has to try another. I am victorious in GOD! The Devil must have missed the "no weapon" day in Bible school. The problem for the devil is that I am absolutely enamored with God. He's done so much for me I cannot tell it all!

So yeah, #MeToo but I will continue to have no names to spill. I will give no place to the enemy as it relates to stifling my life. I will waste no time glorifying perpetrators only God gets the glory here. 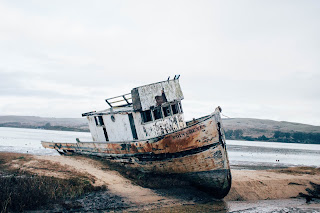 From the Surface to the Spirit